A passion in common

The world-famed author Antoine de Saint-Exupéry was born at Lyon in 1900 and lost at sea on a wartime reconnaissance flight between Grenoble and Corsica in 1944. By then, he had logged nearly 7,000 hours as a pilot. His experience in pioneering the airmail service Aéropostale, as well as his accident in the desert one December night in 1935, contributed directly to his literary output: from Southern Mail to Night Flight, fromWind, Sand and Stars to Flight to Arras, as well as The Wisdom of the Sands and the unforgettable The Little Prince. 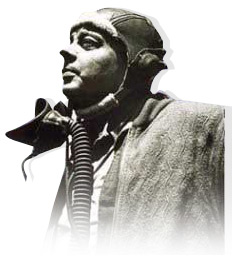